Got tasks that need to be knocked out in a certain order? That's where dependencies come in handy! For example, let's say you have to build a bike before you can ride it. In that case, the "Ride bike" task depends on the "Build bike” task.

Currently, TeamGantt only supports finish-to-start dependencies, as outlined below.

How to create a dependency

1) Using dependencies in TeamGantt is a breeze. Simply click the dot at the end of the "Build bike" task, and drag it to the beginning of the "Ride bike" task.

2) After you drag the line, the dependency should look like this:

3) If the dependency line is red, that means a task is scheduled to start before the previous task ends. In the example below, you can fix it by dragging the "Ride bike" task to the right so it starts the day after the "Build bike" task ends. That simple move will turn your dependency line gray again!

Are your valid dependencies appearing red? See this article for helpful tips!

Hot keys enable you to add dependencies between multiple tasks at the same time. Here's how:

1) Start by holding Shift and selecting all the tasks you want to connect together.

2) Then click Shift+D to create dependencies between the series of tasks.

How to delete a dependency

There are 2 ways you can delete dependencies between tasks.

1)   From Edit mode: Double-click on a task bar to open the Edit window. You'll see a list of all dependencies at the bottom of this window. Simply click the (x) icon to delete a dependency. 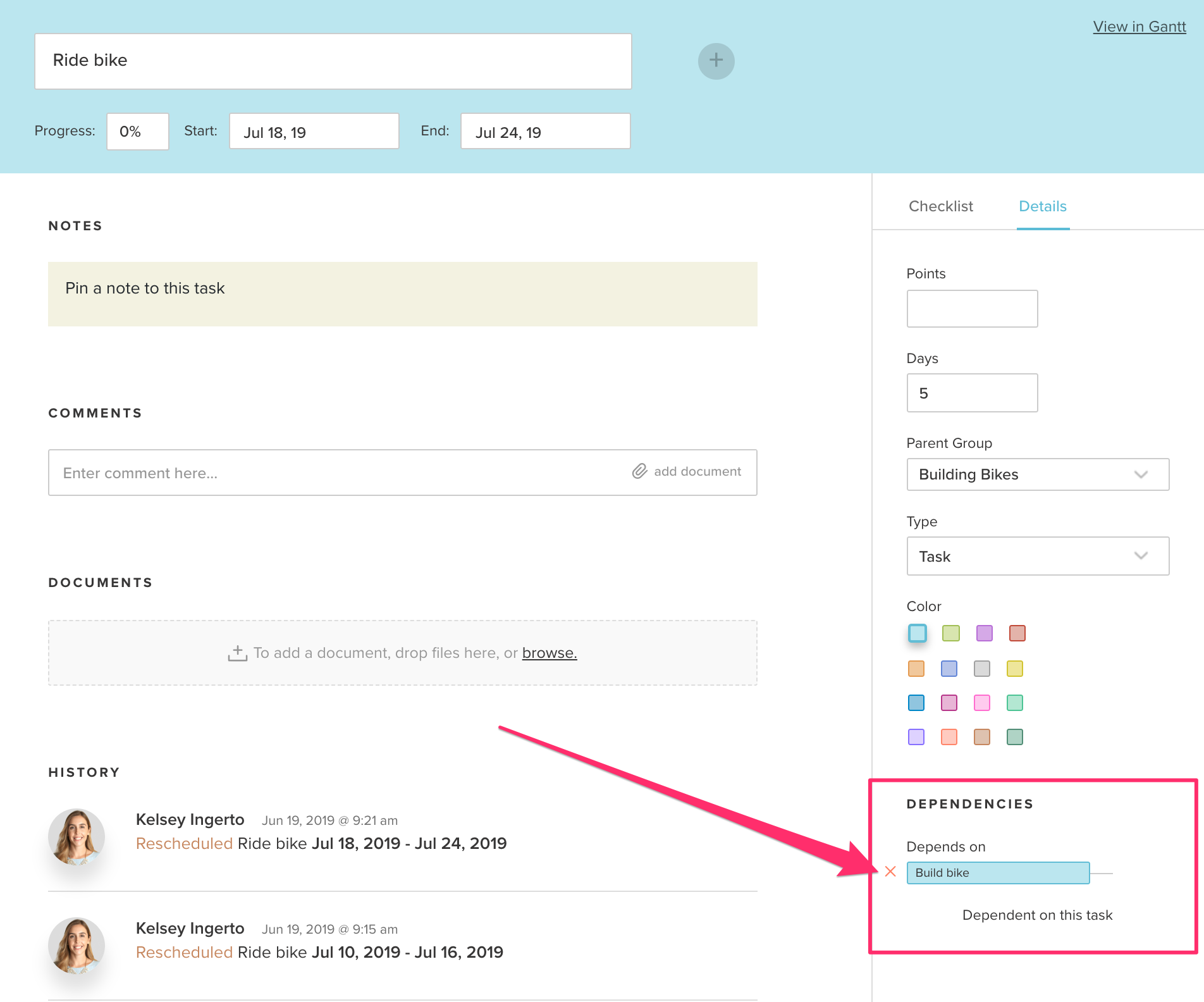 2)   From the gantt chart view: Hover your cursor over the dependency line you wish to delete, and click on the gray dot that appears.

A new window showing the established dependencies will pop up. Simply click the  (x) icon to the left of the dependency to delete it.

Watch this video to learn more about dependencies:

To learn more about TeamGantt, join us for one of our webinars!